#SanaJaved #Ruswai #ARYDigital
Download ARY Digital App:l.ead.me/bauBrY
Ruswai Is An Incident That Changes Lives Of Many
Ruswai depicts how a tragedy can change relationships and people’s perception of the victim. The concept of watta satta is an integral theme of Ruswai, as it shows how problems in one marriage can have a huge effect on the other.
Sana Javed as Sameera is a beautiful and intelligent girl. She is a doctor by profession. Her life is perfect until a tragedy strikes.
Mikaal Zulfiqar as Captain Salman is a complete charmer. He is a pilot by profession. He loves Sameera who is his childhood friend and wants to get married to her.
Minna Javed as Wardah is the younger sister of Salman. She is a simple girl who is in love with Hamza, Sameera’s brother.
Osama Tahir as Hamza is the older brother of Sameera. He is a very straightforward guy who is close to his family. He takes all his responsibilities seriously.
Sameera and Salman who loved each other immensely slowly start drifting apart as Salman is not able to accept Sameera after the tragedy.
The bitterness in Salman and Sameera’s relationship also affected Wardah and Hamza’s relationship because of their watta satta marriage.
Mohammed Ahmed as Mehmood and Seemi Raheel as Zakiya are the parents of Sameera. Mehmood loves Sameera the most amongst his children.
Natalia Awais as Rohina is the younger sister of Sameera. She was a cheerful girl, but her personality gets changed after the huge incident with Sameera.
Usman Peerzada as Ariz Khan and Irsa Ghazal as Salma are the parents of Salman and Wardah. They have strong family ties with Mehmood and Zakiya, Sameera’s parents.
Related: Ruswai delineates a horrendous reality
Sameera who was once very close to her father blames him for the incident that happened to her. Their relation turns sour from then onwards.
Shermeen Ali as Pinky is the friend of Salman.
Adnan Jafar as Dr. Feroze is Sameera’s friend and doctor who helps her come out of the mental trauma after the incident.
Directed By: Rubina Ashraf
Written By: Naila Ansari
Cast:
Sana Javed as Sameera
Mikaal Zulfiqar as Captain Salman
Osama Tahir as Hamza
Minna Tariq as Wardah
Mohammad Ahmed
Seemi Raheel
Irsa Ghazal
Usman Peerzada
Shermeen Ali
Adnan Jafar
Durdana Butt
Natalia Awais
Ruswai is starting on 1st October and can be watched every Tuesday at 8:00 PM only on ARY Digital.
Official Facebook: arydigital.tv
Official Twitter: arydigitalasia
Official Instagram: arydigital.tv?hl=en
Website : arydigital.tv
Watch ARY DIGITAL LIVE: live.arydigital.tv
ARY DIGITAL Blogs : arydigital.tv/category/blogs/
Dramas Schedule: arydigital.tv/schedule/
Drama Reviews : arydigital.tv/category/drama-reviews/
Drama OSTs : arydigital.tv/category/dramas-ost/
Behind The Scenes : www.arydigital.tv/videos/category/bts/

ARY Digital Official PAplayer Channel, For more video subscribe our channel and for suggestion please use the comment section. 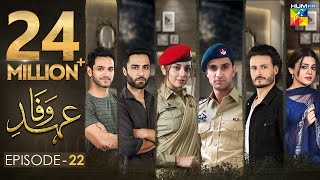 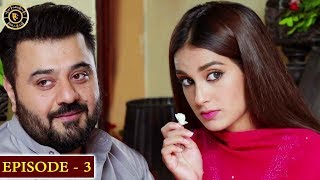 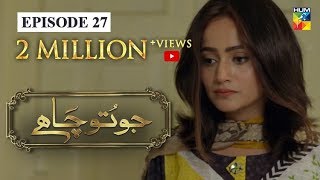