Watch the latest episode/promo of popular Tamil Serial #Kanmani that airs on Sun TV.
Kumaresan asks Saranya to stop going to office but she refuses. Chitra spills food on the floor and Kumaresan asks Saranya to clean it. After that, Saranya leaves in a car with her male colleague. Suganya tells Viji about her marriage life and Kannan reasuures that he will fix everything soon. Shanthini asks Akash to file a complaint to indirectly threaten Valar. Akash and Valar come to see Soundharya after that and Valar tells Krishnaveni about Shanthini’s atrocities.

Rajadurai asks Valarmathi about her decision to go to Akash’s house. Valarmathi says she has decided to go there. Kannan comes to know everything about
Kumaresan’s extramarital affair with Chitra through her brother in law Moorthi. Kannan asks Moorthi to come pay a visit to his house. As this happens, parallelly, Valarmathi calls Akash, but the line is busy as he’s on a conference with his friends including Soundharya. Valarmathi starts to dout the
relationship between Akash and Soundharya. Infuriated, Soundharya slaps Valarmathi and asks her to get out of the room.
Kanmani is a family drama on Sun TV. Right from his childhood, Kannan is hopelessly in love with Soundarya, his sister Vijayalakshmi‚Äôs daughter. Though they get married amidst huge drama, his happiness is short-lived when Soundarya confesses to being in love with her collegemate, Akash. Will Kannan sacrifice his love for Soundarya‚Äôs love.. 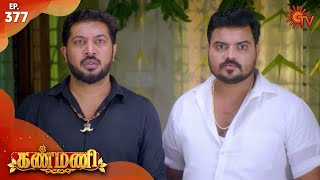 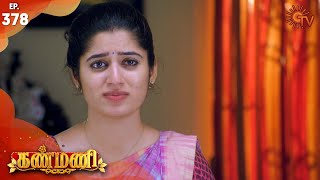 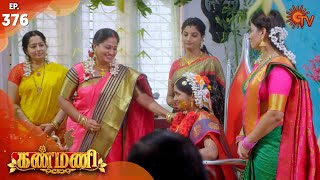 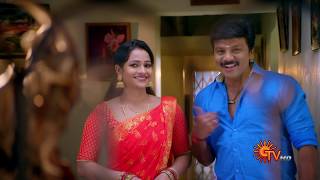 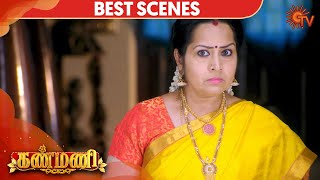